YOU’RE REVIEW-ENING IT FOR EVERYONE 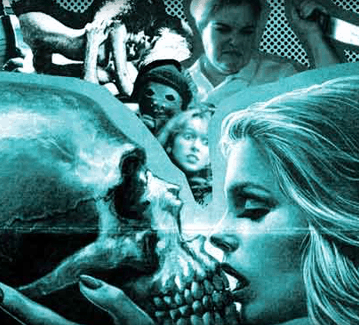 A Criticism of Film Criticism 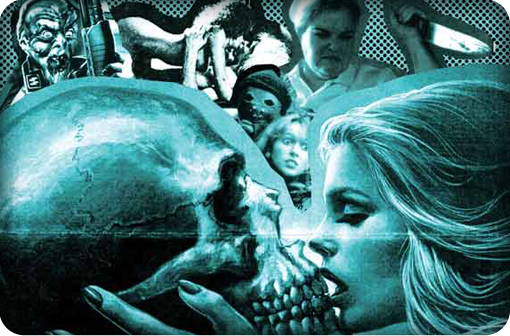 I have a bit of a love-hate relationship with movie reviews. If I’m being totally honest, I read a ton of them. In fact there’s a good chance I’ll read a few of them while taking breaks between drafts of this essay. The problem is, I’m not entirely sure why I do it.

Sure I’m a huge movie nerd, and it only makes sense for me to dive deep into the film criticism world in the hope of gaining new knowledge, but the fact remains, that I rarely gain new insight from a review, and it is even rarer for my own view of a film to be altered by them. Because, let’s face it, even at their best film reviews are still just opinion pieces and nothing more. Not only that, but I often find it a little insulting how many critics will frame their personal opinions as having more validity than anyone else’s. So I have decided to turn my critical eye on the very critics who previously sat in smug confidence behind the protective barrier of pseudo-journalism. Watch out, cause it’s about to get wicked meta up in this beeyotch!

John Kenneth Muir: One of the better reviewers I read on the regular, John Kenneth Muir’s ability to see past the surface and pick up on the subtext of the films he critiques is fascinating, even if sometimes I have to call bullshit on him. But it’s this brilliant talent for bullshit that makes me unsure of whether to applaud him, or…naw it’s just impressive. For example, his writings on the films of John Carpenter make some pretty compelling arguments for say, Jack Burton being a caricature of U.S. foreign policy in Big Trouble in Little China. Never mind that John Carpenter has never confirmed any of these theories, but Muir just sells it so well, that by the end of reading one of these essays you will be convinced that The Thing is a metaphor for the AIDS crisis in the 80s. The problem is, John Kenneth Muir pulls this trick on mediocre movies too. Instilling non-existent depth to movies that are shallow as the Canadian Tire kiddie pool you’re parents bought because they were too poor to afford a real one and then tried to convince you this was “just as good.” Well fool me once Mom…I mean Muir and…well you know how that saying goes.

John Kenneth Muir gets eight out of ten, or four out of five stars, or one and a half thumbs up. He’s the Slip N’ Slide of movie reviewers. He’s a fun time on a hot day (so’s your mom OH SNAP!) but he’s no pool.

Now Magazine: On the off chance that someone’s reading this who isn’t from Toronto, Now Magazine is a free weekly “newspaper” that’s pretty much the left wing equivalent of the Toronto Sun (the Canadian print version of Fox News), it’s terribly written, it doesn’t try very hard to conceal it’s bias, and if it raised it’s cost to say, a dime, I would drop it like I drop Reactin during pollen season (holla allergy sufferers!), but everyone reads it anyway because it has the concert listings. I still read the movie reviews in the back (right before the adds for escorts…like your mom. Man, I’m on a role!) every week, and I hate myself for doing it. Now Magazine has a handful of critics on staff, but you’d never know it because none of them has a distinct voice. Most of their reviews are short, standard, three part structured reviews. One paragraph for opening thoughts, one paragraph for a plot synopsis, and a third paragraph for closing arguments. Quick, efficient, dishwater dull. Why do critics still bother to include plot summaries anyway? That information can be gleaned from a two second IMDb search, or even the movie’s trailer, or was probably leaked months in advance of the film coming out.

Now Magazine gets about a six out of ten, or two and a half stars out of five, or one thumb kind of up, but not fully erect. It’s like the dancing, wind blown, balloon man that you see in used car lots. Sure, you’re gonna watch it for a while, but you’ll only end up asking yourself, “what does it all mean?”

Mike Sullivan and Annie Choi: Without a doubt my two current favourite film reviewers are Mike Sullivan from Shock Cinema Magazine, and Annie Choi from bleedingskull.com. Mike Sullivan gets about a page in every bi-monthly issue of Shock Cinema where he reviews roughly five or six movies. Alternately, Annie Choi writes about the internet’s equivalent of a page, covering one film, whenever…she feels like it I guess. Both review predominantly shlocky, mostly unknown films, both forgo the plot synopsis in favour of conveying the general mood or energy of a film, and most importantly, I can’t read a single review by either of them without laughing out loud at least once. Their critical analysis of entertainment actually manages to entertain me. Hell, a lot of the time their reviews are more fun than the films they are talking about.

For this they get a ten out of ten, five out of five stars, and two thumbs up. A perfect score (just like your mo…okay I’ll stop now)

I’m not saying I’m any better than any of the critics I’ve reviewed. I fall into the same pitfalls and lazily rely on cliches. If you’ve been paying attention you’ll even notice I started this essay with my opening thoughts, went on to summarize each of the critics I was reviewing, and now I’m giving you my closing argument. The classic three act structure strikes again! Am I doing this as subtle, clever satire, or did I just accidentally stumble into it out of laziness? I’ll give you a hint, I’m not smart enough for subtle satire. I’m not even sure what satire means. Is it some kind of goat?

My point is…what was my point again? Oh yeah! My point is you need to have a point. The film review scene is beginning to be a pretty crowded market now that pretty much everybody can freely publish their view online. If you’re a professional film critic you need to find a reason why someone should trust your opinion over anyone else’s, and your masters in German Expressionism just ain’t gonna cut it with the average movie goer. Whether it be through sub-textual insight, humour, or entertainment value you’ve got to give people a reason to read you.