You’re Dumb If You Don’t Love Ready Player One 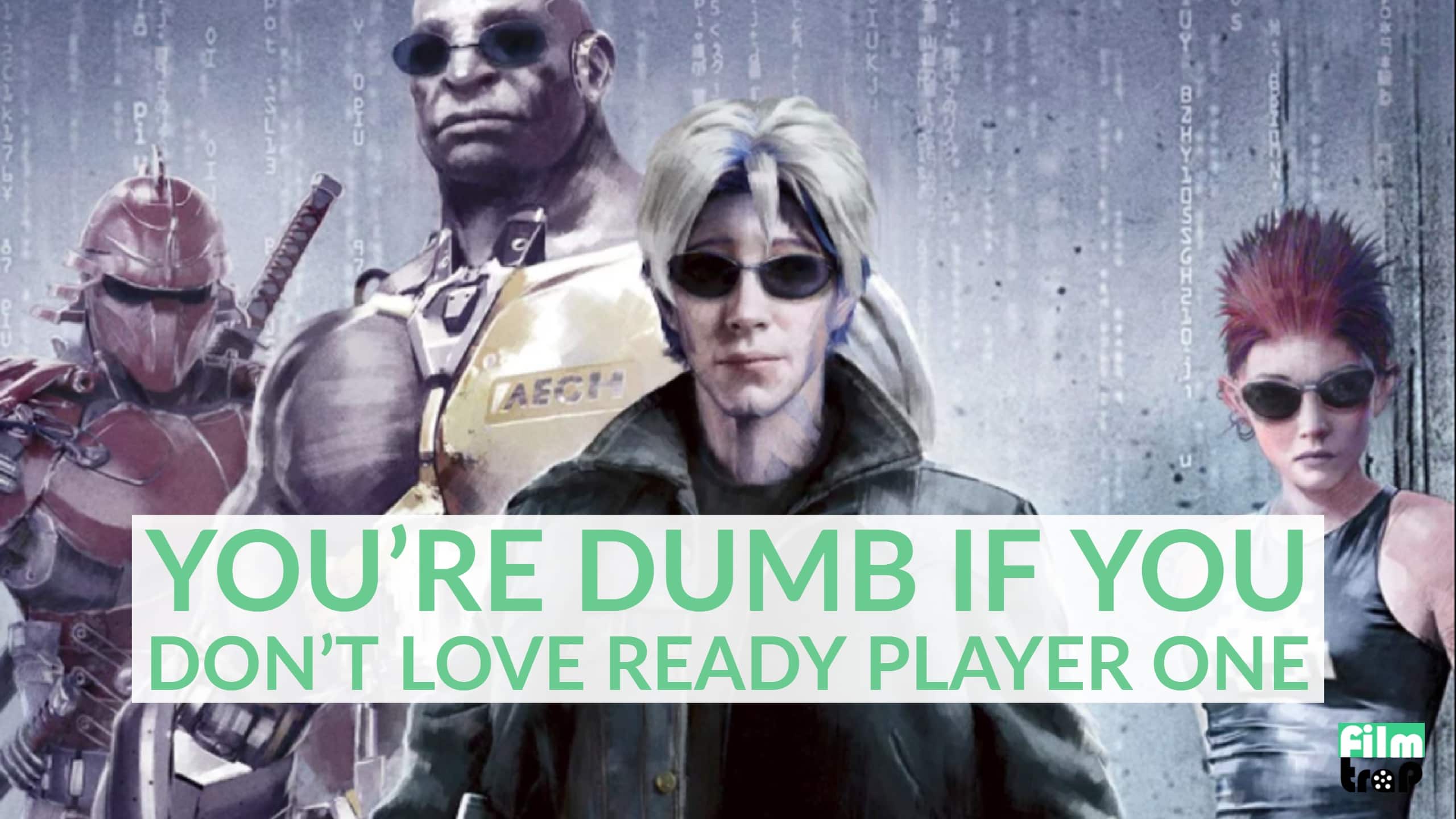 ****SPOILERS AHEAD, BUT COME ON, THERE ARE NO SURPRISES IN THIS FILM****

This movie was made for me.

It has a scene where a Gundam fights Mecha Godzilla with the Iron Giant!

I LOVE ALL THOSE THINGS

How can I hate it?

Ready Player One has three great set-pieces: A chaotic race that never loses its focus, a clever chase through Stanley Kubrick’s The Shining, and an extended climax that ingeniously mixes its live action and digital settings without missing a beat.  Of course, the sequences work so well because Steven Spielberg is a master at crafting on-screen roller coasters that are so propulsive everything else falls away.

Which is good, because I hate everything else about Ready Player One. 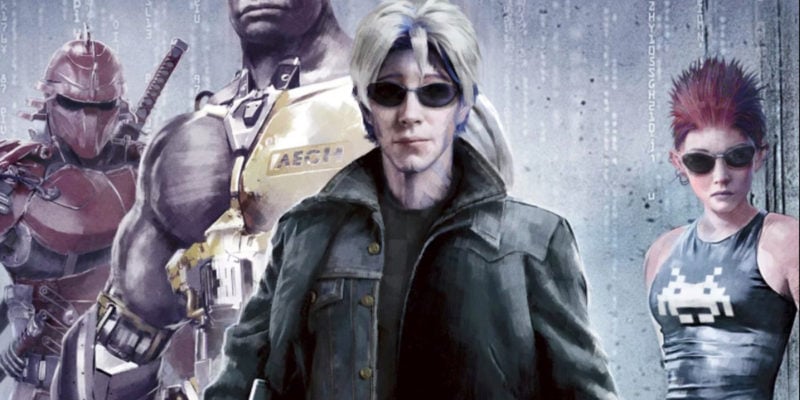 This is an official poster.

Smarter people than me have written about the novel’s use of pandering pop-culture nostalgia as storytelling, the role of women as objectified trophies, and its view of cultural gatekeeping as a noble endeavor. Those problems are still prevalent, but the thing that really caught me off guard is how the popular culture in Ready, Player, One was completely dictated by a single dead white dude.

His name was Halliday (played with an immense amount of sadness by Mark Rylance) and he created the virtual world ‘The Oasis’. Before he died, Halliday set up an in-game treasure hunt that could only be solved by studying his personal life and fanatically researching the pop-culture that he loved. The entire world has become so obsessed with the hunt, that everything else has fallen away except for Halliday’s obsessions. Players dress up like Freddy Kreuger, talk about Buckaroo Banzai or pull off the dance moves to Saturday Night Fever. And while this could be limited only to the small group of in-game players, the film seems to indicate this is a worldwide phenomenon.

Look, I love Back to The Future. I think it’s clever, well-directed and emotionally satisfying.

I also realize that a big chunk of that love is linked to the fact that I grew up with it.

Ready Player One thinks you should love Back to the Future because it is THE BEST. It doesn’t care how your life experiences helped form your personal taste. If you don’t like Back to the Future you’re flat out wrong, you can’t win a million dollars, and you’ll probably be never happy. Some audiences member may not have a problem with this, but that would probably also mean you’re a middle-aged white dude.

Interestingly, Mark Rylance’s Halliday is presented as a man who died sad and alone. He had all the material possessions in the world and he loved all the ‘best stuff’, but his greatest regret is that he never kissed a woman. You could argue that Spielberg is letting his audience know that if you stay locked in arrested development, and believe everyone should love what you love, it will lead down a path of miserable isolation.

Mark Rylance should have forced his obsessions on people way earlier. If he had, maybe everyone would have realized he had the best taste in the world, he would have made a million friends, and it would all have a happy ending. 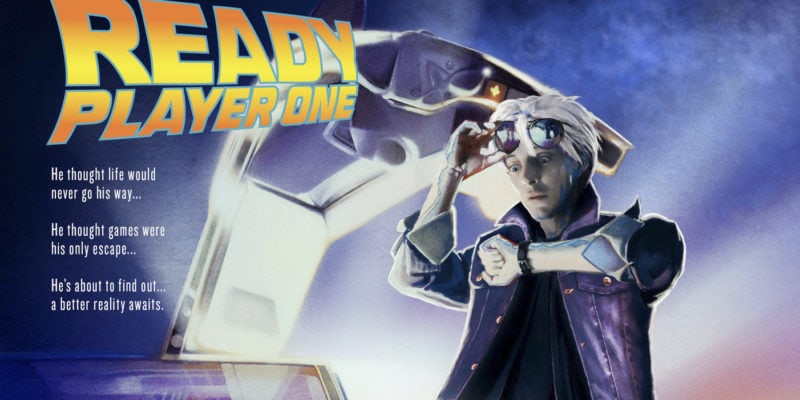 I’m a middle-class white dude and I’ll be the first to admit my pop-culture love has been formed by a bunch of other middle-class white dudes: Steven Spielberg, George Lucas, Robert Zemeckis and so on. So, why do I have a problem with Ready Player One telling me to LOVE THESE THINGS that I’ve swallowed hook line and sinker my entire life?

Maybe it’s because I like to convince myself that someone like Spielberg molded his obsessions (serials, comic books, the movies of his youth) into something that reflected a personal perspective.  INDIANA JONES is not just a carbon copy of the serial adventure films he loved, but his positive feelings transmuted into a singular expression. You may think it’s dumb, or simple, or not for you, but it was his.

Ready Player One doesn’t create anything new.  It’s just a list of cool stuff Ernest Kline thinks is cool. It presents THIS OBJECT, tell you its THE BEST OBJECT, and if you don’t love it, FUCK OFF.

But hey, it does have great action scenes. 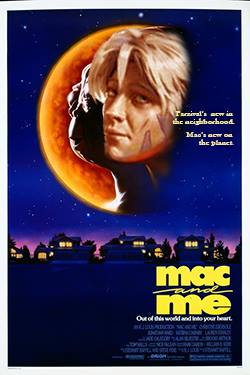 This one was made by my pal, Pierce Derks.

In the film’s climactic moments, the hero is given a chance to destroy the entire virtual world. A world that we’ve seen kill his family, drive people to suicide and result in an evil organization exploiting it for their own profit margins.

The hero doesn’t blow it up.

Instead, he decides he’ll run the Oasis with his friends as philosopher kings. He takes the prize money, gets a nice apartment that he fills it with vintage arcade cabinets, and makes out with his trophy girlfriend on an expensive leather couch.

And what about The Oasis? Oh, they’ll turn it off on Tuesday and Thursdays.

*I talk a lot about remixing and remolding here, but the fact that The Iron Giant is shown as a bad-ass gun-toting warrior when his only major appearance was in AN ENTIRE FILM IS ABOUT HIM NOT WANTING TO BE A WEAPON, is where I draw the line. Would I feel differently if, Godzilla-style, there’d been a couple of dozen incarnations of him? Maybe.