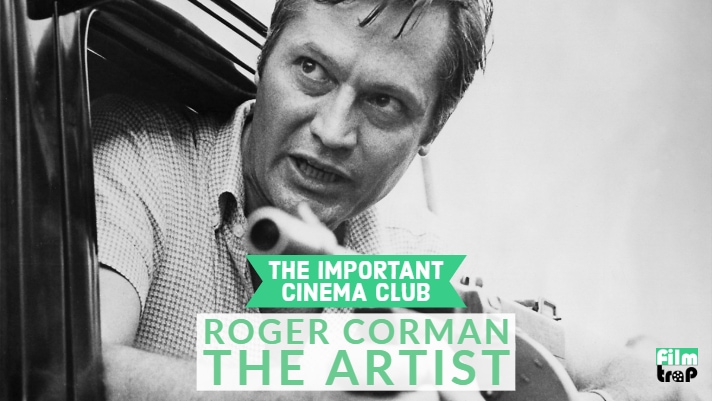 Everyone knows that Roger Corman is one of the most influential producers in the history of film, but what was he like as a director? In an overview of his career as an auteur, Justin and Will discuss his hippie culture ‘comedy’ “GAS-S-S-S-S-S” and Corman’s final film “FRANKENSTEIN UNBOUND” while taking pit stops to talk about his William Shatner opus THE INTRUDER, Will’s phone conversation with the Great Man, and what makes Roger’s films (especially his five day quickies) special.

Gas-s-s-s (also known as “Gas! or It Became Necessary to Destroy the World in Order to Save It”) is a 1970 motion picture produced and released by American International Pictures. It was producer Roger Corman’s final film for AIP, after a long association. He was unhappy because AIP made several cuts to the film without his approval, including removing the final shot which Corman regarded as one of the greatest he had made in his life.

The Intruder is a 1962 American film directed by Roger Corman, after a novel by Charles Beaumont, starring William Shatner. The story depicts the machinations of a racist named Adam Cramer (portrayed by Shatner), who arrives in the fictitious small southern town of Caxton in order to incite townspeople to racial violence against the town’s black minority and court-ordered school

Particle physicist Dr. Joe Buchanan (John Hurt) builds a device capable of vaporizing anything it touches, in hopes of ending war once and for all. Unfortunately, when he is testing the prototype, the device accidentally sends Buchanan hurtling backwards in time to a small Swiss village in the year 1817. There he meets kindred spirit Dr. Victor Frankenstein (Raul Julia), who is hard at work contending with the complications of his own misguided experiment.