LET’S JUST SKIP IT AND GO TO COACHELLA: I tell you the entire plot of the movie Satanic without having seen it. 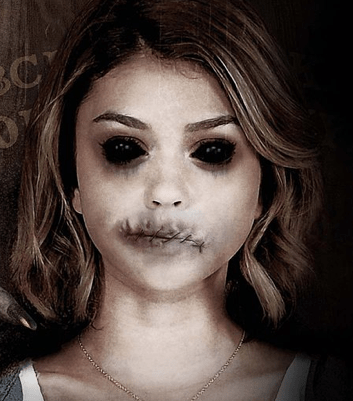 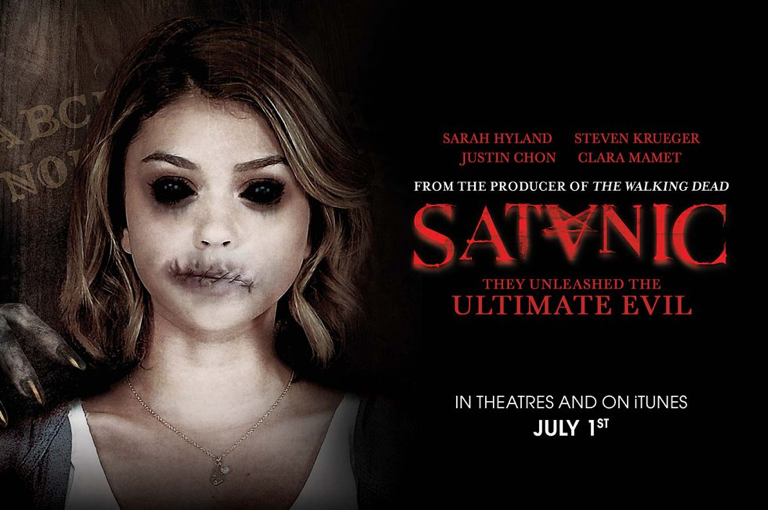 Have you seen the trailer for the new movie Satanic? If not, watch it right now. Then after you’re done I’ll tell you everything that happens in the movie without the advantage of actually seeing it. Then you won’t have to see it either. But if you do go see it, I’ve included a drinking game to make the experience bearable. 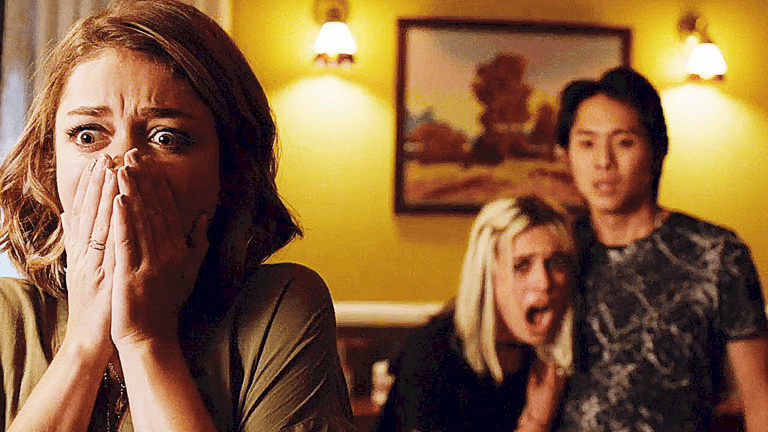 “Alright, just a quick detour, then right to Coachella (drink).”

First up, they hit the historical spot where Captain Satan, the MOST EVIL MAN WHO EVER LIVED, won the big annual Satanic Baby Eating Competition back in 1927. Cue a Stand By Me-esque flashback where Captain Satan tricks all the other Satanists into projectile vomiting on each other, thereby winning the big annual Satanic Baby Eating Competition, and the grudging respect of the other Satanists.

At this spot the kids pick up the Clearly Evil Hitch-hiker which, from the trailer, appears to be played by a young woman instead of the traditional crazy hillbilly who’s obviously a cannibal. Way to break that Evil Hitch-hiker glass ceiling Satanic!

On the way to the next Satanic hotspot, Brenda the Good Girl and Bubbles the Slut discuss their issues with their respective boyfriends, Trent the Bland and Chaz the Douche. They end this discussion by doing that comforting thing that girls do in movies where they sideways hug and either rest their heads together or Bubbles rests her head on Brenda’s shoulder. As I understand it, this is a way girls pass calming lady pheromones back and forth, through each other’s scalps. The girls spend the rest of the car trip discussing what they think Blake Lively will wear to Coachella.

Just kidding. Girls aren’t allowed to talk about fashion in horror movies. It would drive male horror nerds crazy and possibly give them testicular cancer. Besides, the girls already know what Blake Lively plans to wear to Coachella, because they read about it in a fashion blog weeks ago.

The next Satanic tourist spot is a hotel where those wacky kids hold a séance to summon up the ghost of Captain Satan despite Brenda’s urging that, “you shouldn’t mess around with that stuff guys,(drink)” and Bubble’s urging that they should just, “skip it and go to Coachella (drink).” After the séance, Evil Hitch-hiker Girl seals the curse deal by slitting her own throat, but don’t worry, the camera quickly cuts away from the throat slashing to the kids frightened reactions.

In the theatre the bros who paid money to see this are angry.

Bro#1: Dude! What the balls?! You don’t even get to see the throat slashing!

Bro#2: it’s cool dude! The chick I brought still squeezed my bicep out of fear and sexual arousal!

Back in the movie, the kids try to find clues to this whole curse thing by investigating a spooky basement, even though a psychic at the beginning of the movie told them to avoid basements. They hear scary noises and bail, but Chaz the Douche pushes Bubbles the Slut down in his rush to escape. Bubbles is left behind. She can’t open the basement door because she’s too scared to remember how to work a doorknob. She hears more scary noises.

“Chaz! Trent! Is that you? Stop playing around you guys!”

It’s not Chaz or Trent! It’s the ghost of Captain Satan! Bubbles sobs, “I just wanted to know what Kate Hudson was wearing to Coach-eh-eh-ella!(two drinks)” She’s killed horribly. It’s the most brutal death in the movie, because that’s what she gets for being a non-virginal woman.

Back in the theatre:

Bro#1: Yeah! Stab her in the face dude! Stab that girl who resembles every girl who’s ever rejected my creepy advances!

High five-ing won’t cut it this time, so instead Bro#1 and Bro#2 touch penis tips together. “Power bros unite!” They cry in unison. Lightning shoots out of their penises. The guy sitting behind them, who came to see the movie alone, shushes them. This buys him about ten minutes of quiet.

In the movie, Chaz the Douche is crying and cradling Bubbles body in his lap.

“This is all your fault Francis!” He cries.

Captain Satan appears from out of nowhere and kills Lord Darkness McBleakington right after he says this (two drinks).

The kids run to a wise, old, black voodoo priest or fortune teller who tells them how to reverse the curse (drink). But of course, they fuck it up, because a window blows open spookily right as the voodoo priest/fortune teller is telling them the final, crucial step. Before you know it everyone’s dead except Brenda. Though Trent the Bland dies second last when he sacrifices himself to save her. Finish your drink when he declares his love for her with his dying breath.

At this point everyone in the theatre has stopped caring. Bro#1 and Bro#2 have begun making out with each other.

They high five again, but this time it’s a high five that’ll last happily ever after. Life can be magical.

As for Satanic, somehow the sequel will manage to be both more of the same, and inexplicably worse.