Laser Blast: An Interview with Jalal Merhi (Expect No Mercy) 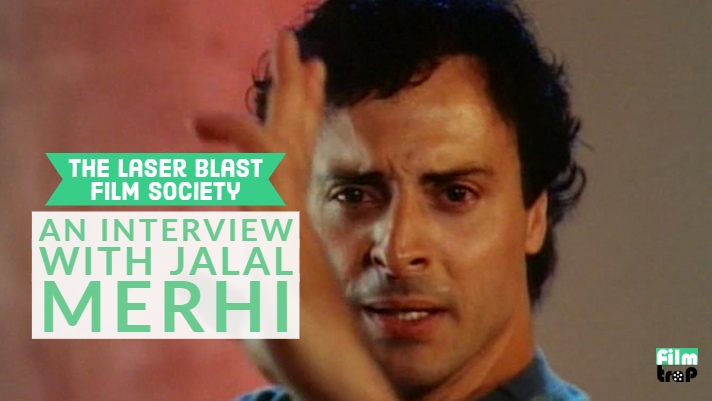 After a screening of Zale Dalen’s EXPECT NO MERCY by The Laser Blast Film Society, Producer/Co-Star Jalal Merhi was gracious enough to come on stage and answer a few questions.

For more information on upcoming (or past) screenings please visit us at official site for THE LASER BLAST FILM SOCIETY.

It is the future – at least as speculated from the vantage point of 1995 – and a brilliant, but nefarious tech guru has founded the Virtual Arts Academy under the auspices of training students in self-defense via virtual reality simulations, and an ulterior plot to assemble a secret army of elite assassins for contract killings. Wise to this scheming is one of the Academy’s own instructors (Brazilian-Canadian martial arts legend Jalal Merhi), and with the help of a technophobic fighter (Tae Boe fitness icon Billy Blanks) enlisted by the government to expose the conspiracy, these two warriors are about to give the school’s master of virtual reality the ultimate reality check.

Sporting a charismatic cast that includes a young Laurie Holden (THE WALKING DEAD, SILENT HILL) and the unforgettable visage of Lazar Rockwood (of the Canadian cult classic BEYOND THE SEVENTH DOOR), loaded with deliriously dated, but outrageously surreal CGI, and anchored by rock-solid direction by one of English Canada’s most underrated filmmakers, Zale Dalen (SKIP TRACER), EXPECT NO MERCY is the platonic ideal of vintage CanCon fisticuffs.

The police investigate a serial killer (Bolo Yeung) who seems to target only martial arts masters. One after another is killed in the same brutal fashion. This may be a chance for detective Linda Masterson to work on her first murder case. She is assigned the job and to assist her is another martial arts specialist, Sgt. Tarek Richards. Now they need to find a tiger style master because the killer obviously uses tiger-style kung fu. Not a simple task, since the tiger is a very ancient and rare style. Sgt. Richards decides to renew his training in tiger style in order to better prepare himself for the eventual confrontation with the serial killer. He manages to track down the serial killer and engages him in combat where he ultimately defeats him.

Somewhere in the future the environmental overkill had come. Many people had died. The rich were able to build the underworld, the poor had to stay on the surface building gangs to survive. Jason Storm, an underworld guard gets knowledge of a conspiracy to kill all people on the surface. He needs to flee to the surface, and wins Sumai, a respected martial arts master, as his ally to stop the dirty plot.