Better Watch Out (Because “Nice Guys” Ruin Everything) 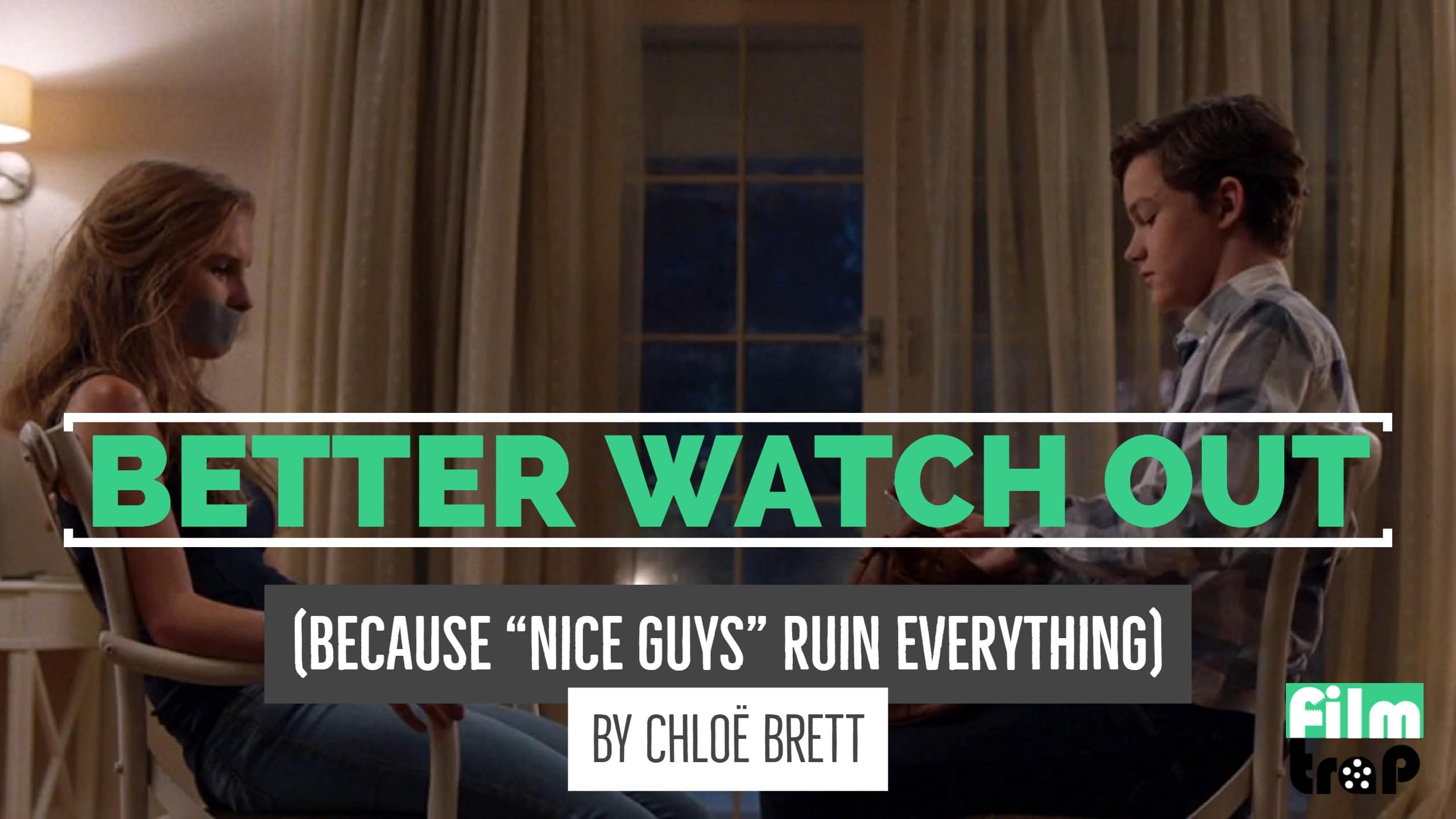 The holiday season is upon us whether we like it or not and what better way to embrace the festive spirit then to curl up with a mug of hot chocolate and a Christmas themed home invasion movie? Well, the only mood Chris Peckover’s Better Watch Out got me in was a bad one. 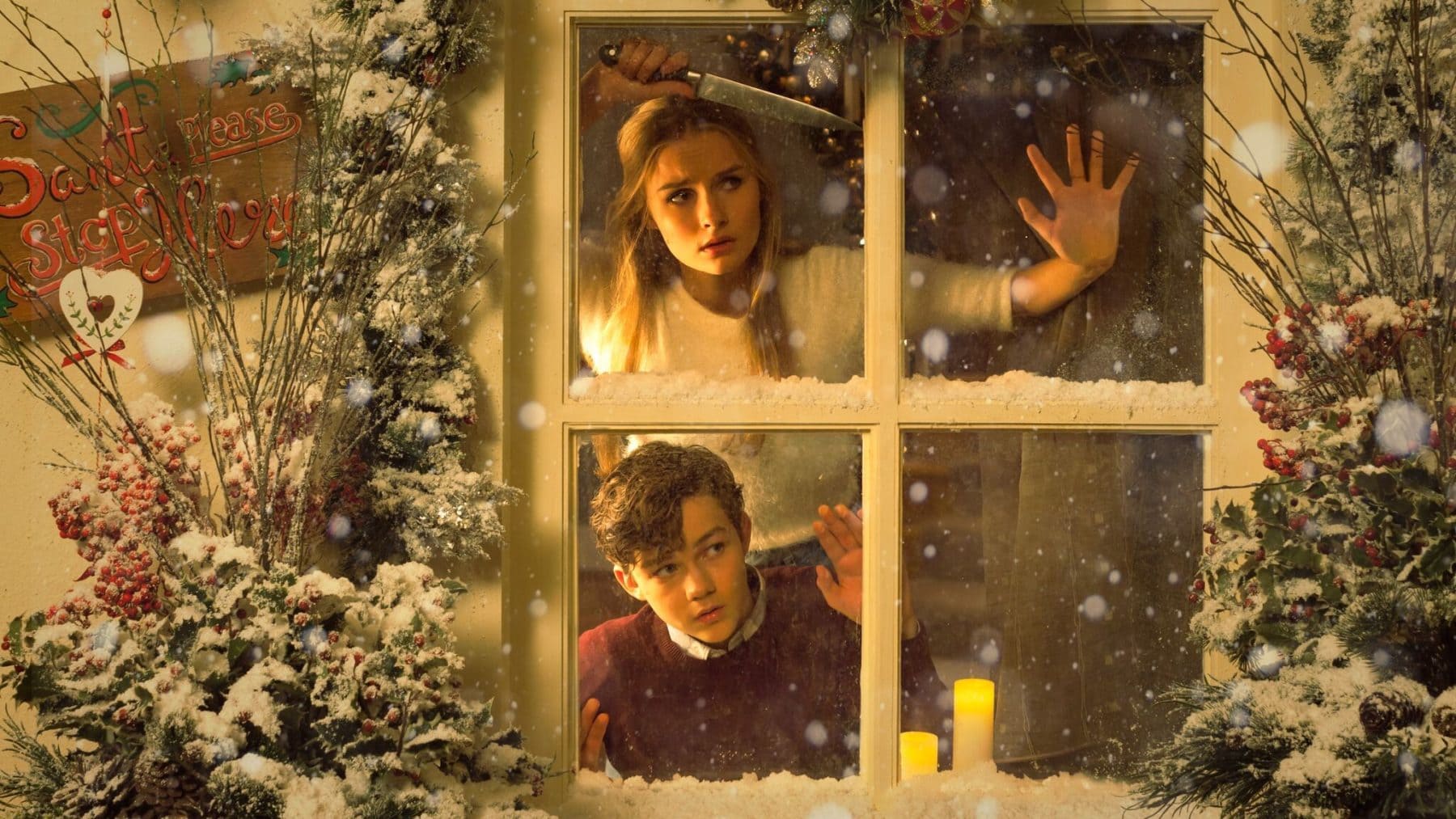 As far as I know Better Watch Out had a very limited, one night screening in my city. I didn’t know about it but it was recommended that I check it out at some point because it was really good and I’d probably like it. Fast forward to a year later, the films Blu-ray release, and me being super excited.

As much as I like my favourite holiday films I still like to pepper in new stuff that I haven’t seen before. Better Watch Out starts like many typical home invasion films: A dorky guy, a pretty babysitter, an obnoxious friend, and a couple of oblivious parents. The first 20-30 minutes are fine, there are a couple fun moments but nothing ground breaking (or particularly Christmassy, much to my chagrin). But let’s put aside aside the general mediocrity of this movie and get to the meaty part and just what me want to kick my laptop right off my bed.

***Be warned, the entire plot of Better Watch Out is going to be spoiled beyond this point***

My first gripe, which has literally nothing to do with why I didn’t like this movie but I’m going to mention it anyway, is that despite all appearances, this is actually an Australian movie. It was filmed in Australian, the majority of the cast is Australian, why not just have it set there? Again, this really doesn’t affect the quality of the movie, it just seems like nothing other than a marketing effort which I personally find very obnoxious. I get that there’s no snow in Australia but this movie could have been set at any time of the year and it wouldn’t have effected the plot one iota.

So the basic story line of this film is that a dorky kid is spending the night with his hot babysitter while his parents attend a Christmas party. Things are fun at first but then the evening takes a dark turn when they start receiving weird phone calls, then a brick through the window, then, oh whoops, the dorky kids friend appears to have been shot! What a nightmare!

Again, this is where we’re getting into the “twist” spoiler territory.

What a cute fun movie. The End. So why did I find this movie upsetting?

I took to Facebook to ask if anyone else had seen it and if so, what they thought about it. I felt really weird, like maybe I was over reacting and this was really just a harmless film but it seems that a lot of other people felt some of the same stuff I was feeling when I watched this movie. Misogynistic movies are a dime a dozen and have been as long as the medium has existed, but there was something about watching this movie at this particular moment in time, with the current social climate that really just made my blood boil.

There’s a moment in Better Watch Out where Luke (a.k.a. dorky kid), played by Levi Miller, puts his hands on a bound and gagged Olivia DeJonge, who plays the babysitter. As he fondles her chest she turns her head away as much as she can, a look of anger plastered on her face. What can she do? He’s in the power position and she’s unable to move.

If you are a woman literally just trying to exist in the world you have probably been in a very similar position (hopefully minus the being tied and gagged part, but even that could be too optimistic). We go through our lives being groped on public transit, screamed at from cars, made to feel uncomfortable just trying to live. This film perfectly encapsulates exactly what is going on with the explosion of sexual assault allegations going on in the entertainment industry: A woman rejects a man’s, or in this case a boy’s, advances and as a result is made to suffer.

In the reality of the film the babysitter is forced to watch her boyfriend be murdered and is sexually assaulted, in actually reality, woman are being threatened with losing their careers and being blacklisted, among other things, when they reject unwanted advances.

Now I’m not someone who goes around saying that violent video games make for violent people or that if someone sees a rape scene on Game of Thrones it’s going to turn them into a rapist, I do however believe that unacceptable behaviours can over time be subliminally ingrained into our minds. If you want to take an on the nose approach to it look no further than They Live: We are constantly in a state of being barraged by advertisements and therefore we are compelled by what we perhaps believe to be a normal desire to consume.

If you reject that ideal there are consequences.

We are still very much living a patriarchal society so is it not understandable that Miller’s character feels he is entitled to DeJonge’s body and is just in his means of acquiring it? After all, he loves her so at the end of the day it’s all okay, right?

I think my main problem is that the intention of this movie is that it’s meant to be fun and silly. It’s funny because it’s a kid who hatched this crazy plan rather than an adult. Wasn’t it great when they referenced Home Alone? Miller ultimately faces zero consequences for his actions, he ruined many lives in order to satiate himself and gets to continue on with his life like nothing happened. And guess what? That’s how it is for most abusers.

Obviously, Better Watch Out is an exaggeration but it’s still very relatable in terms of what women, and some men as well, go through on a day to day basis, and that’s not a positive. I don’t want to see this behavior depicted on screen if it’s going to be treated lightly or in jest because when it’s shown that way, in such a casual manner, it’s just another nail in the coffin that treating women like an entitlement is no big deal and something to be laughed at.

I like a Final Girl movie as much as the next guy but I really don’t know who this movie is even for or what message it was hoping to send. I guess I got an article out of it so at least that’s something?