#1 Cheerleader Camp – Beneath the Bottom of the Barrel 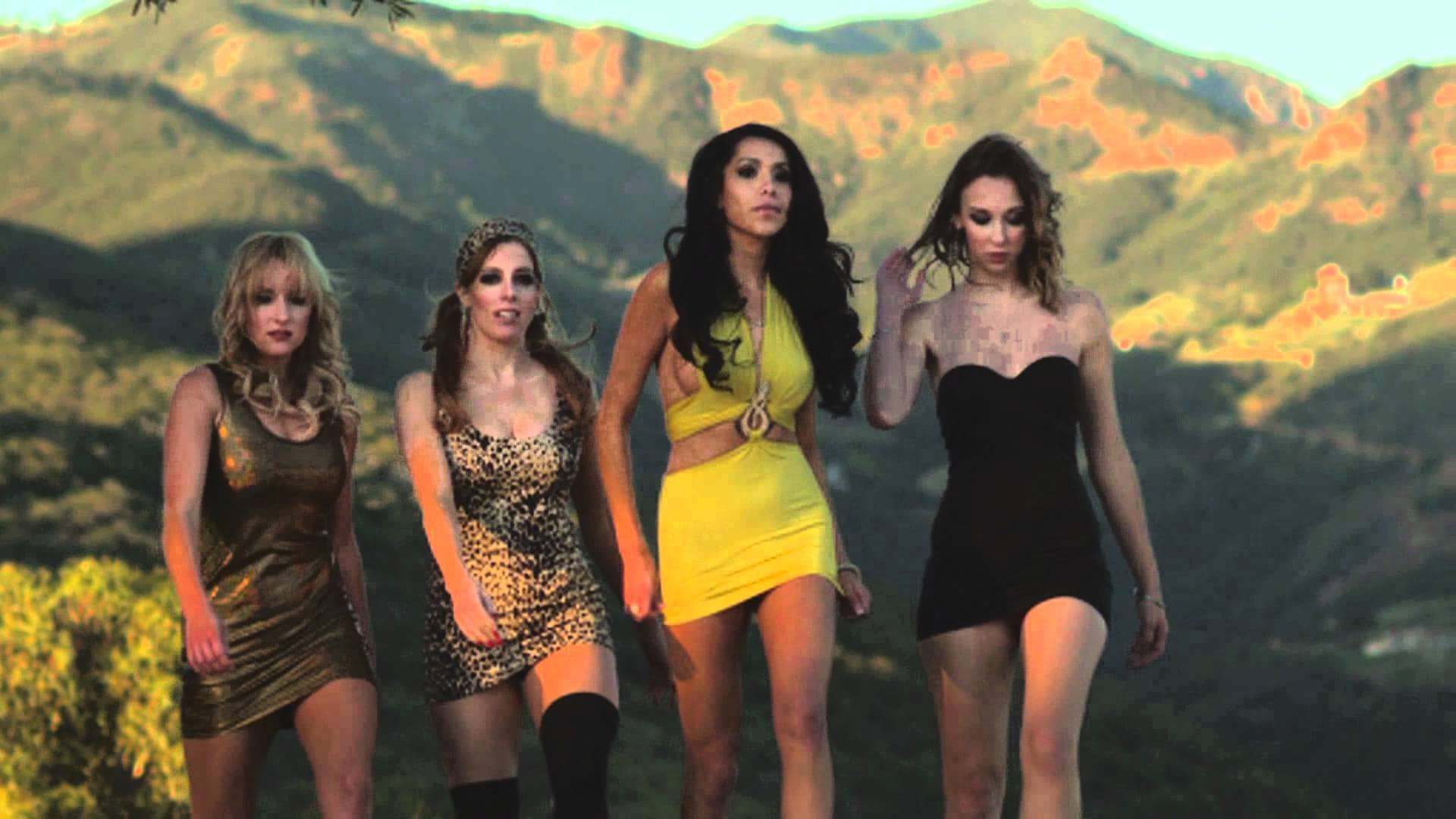 #1 Cheerleader Camp – Beneath the Bottom of the Barrel

Let’s talk about “Late Night Comedy,” the sub-genre #1 Cheerleader Camp falls under. This term encompasses the type of film you would find on during the darkest hours of late night television. Movies created for the sole reason of being watched behind closed curtains after your kids, wife, neighbors, and dog have gone to sleep.

A good film of this type has its merits. Although on the cruder side, they normally try to push the boundaries of comedy, but mostly end up pushing the boundaries of good taste. The odd one will even sneak in some jokes about the more hush-hush subjects of life, and the world. They also have oodles of nudity, just for the sake of having it.

Of course, the naked bodies tend to be either cheerleaders, bikini models, or college girls who seem to lack any common sense. They usually frolic around the typical areas that pretty, but poorly written female characters who lack personality, and the ability to stay dressed go. Like, say, a beach, college dorm, strip club, or 1970’s roller rink.

Yet, even with all the glory of a topless roller skating stripper, the one thing that late night comedies always lacks is a plot. Well that, and the characters, setting, acting ability, direction, and editing… but mostly the plot.

This leads us to #1 Cheerleader Camp.

Made in the pre-Sharknado days of The Asylum, it is a late night cheer leading “comedy” about two college aged guys who find work at a national cheerleader training camp for the summer. Because those are real things that exist, and of course, need groundskeepers. So let the nudity, and jokes of the lowest form commence! 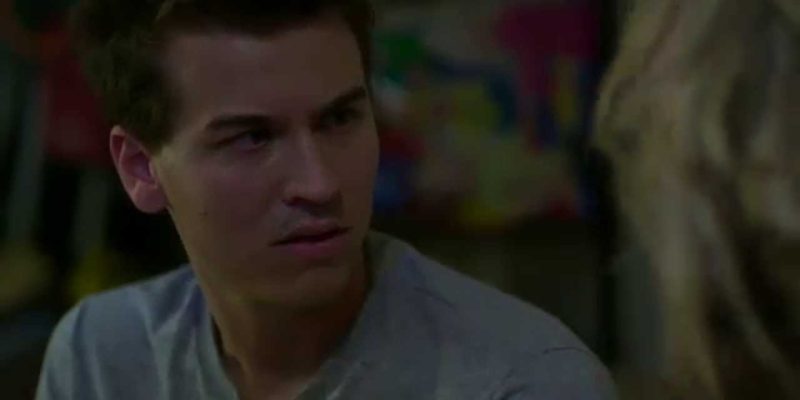 When I say lowest, I mean the very lowest. The very bottom of the barrel. If there was a way to fart out a fart joke, this movie would have found out how. I know I said that late night comedies are not meant to be smart. We are supposed to laugh at fart jokes and bodily fluids, all the while ogling the bare breasts on screen. But, #1 Cheerleader Camp is a few steps below even that level. It is the smell you get bombarded by after you scrape a dog turd off the bottom of your shoe…

So now that you know my subtle opinion of this film, let us move on.

#1 Cheerleader Camp begins with a group of topless cheerleaders bouncing in the air. Either by their own power or maybe from the magical nature of trampolines. I am not sure which though, as the camera never bothers to move down past their naked chests. After the long bouncy scene of opening credits, none of the aforementioned cheerful upper torsos of these ladies are ever to be seen again in the confines of this film.

Which makes this a good time to bring up that this movie has a manageable run time of 90-ish minutes. It takes its allotted time and fills it with around 15 minutes of story and 75 minutes of cheerleaders and exotic dancers in a plethora of poses that allow the cameramen to zoom in on specific parts of the female anatomy.

These sleazy moments are usually done as clothes optional, slow motion montages of women who will never be seen again in #1 Cheerleader Camp. It makes it really hard to watch a film that is mostly just photo shoots of nameless strippers and underpaid actresses in various states of undress, and misery. I don’t need a good story for a late night comedy, but I would like the makers to at least pretend they are trying to make an actual movie. 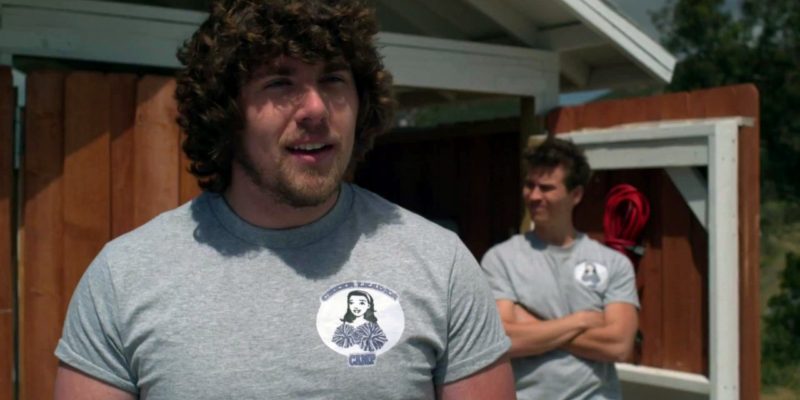 Dialogue normally spoken by human beings is replaced with words like “Three-way”, “Spooge”, and “Boobs.” So, if you enjoy listening to a large assortment of slang words for sex, breasts, penis, and homosexuality then this movie will tickle your fancy. Wait. That is way too subtle for this film, let me try again in its native tongue: #1 Cheerleader Camp will three-way boob your sex penis.

Do you feel that revulsion you got reading that inane sentence?

Just take in the complete garbage feeling that a line of dialogue like that represents. Now imagine every other line of dialogue in a film being just like that. Just replace the odd word with stripper, dick, or maybe even boned, and you will have written this film all on your own.

After that point, I spent a lot of the run time playing a game on my computer. Trust me, I didn’t miss anything. Josh/John, and FSP go from one cliche sex comedy room to the next. They peep on the girls in their locker room, the shower, their dorms, the practice field, the bathroom stalls and everywhere that they can conceivably see naked breasts.

There is also an odd running joke which is made of our lead and how everyone who is a sexy cheerleader thinks he is gay. This, in turn, makes him depressed because being a man and being gay is bad? I am not so sure about the point of this story moment. But, luckily for him, soon after, as they peep on the ladies again, our two wastes of air see a pair of women kiss in a scene that goes on a lot longer than it should.

Happily, this makes their world right again because we all know lesbians are the only type of homosexuality that should be allowed in a late night comedy. The sad part is, even after all that crap, I found myself only a paltry 30 minutes into the film. It was easy to see that at this point the writers had run out of peeping tom ideas. To their credit they used all their writing skills and totally switched up the plot, by sending our two lead dicks into a strip club to do all of the creepy peepings all over again!

See what they did? They mixed strippers with cheerleaders! Absolute Genius!!! 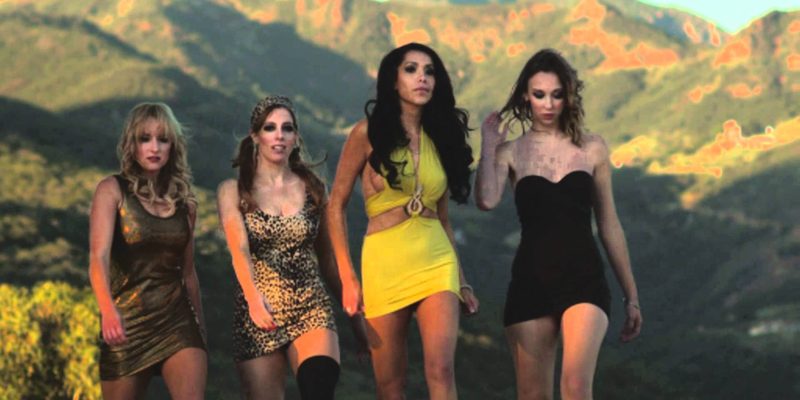 To be honest, I feel like I caught something just watching this. The rest of the film just becomes a sleazy version of Bring it on! The strippers become cheerleaders to help the actual cheerleaders win the final competition at cheer camp. Then when it is all done, the strippers go back to their real jobs and take all the now unemployed cheerleaders with them. The end.

I really despise this film. Very little good came from watching this. All I can do now is urge you to stay far away from it. Please for the sake of your future, and your children’s future. Help me prevent atrocities like this. You must say no to #1 Cheerleader Camp!